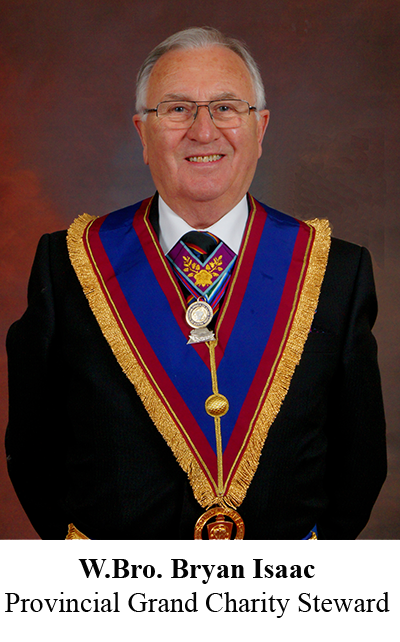 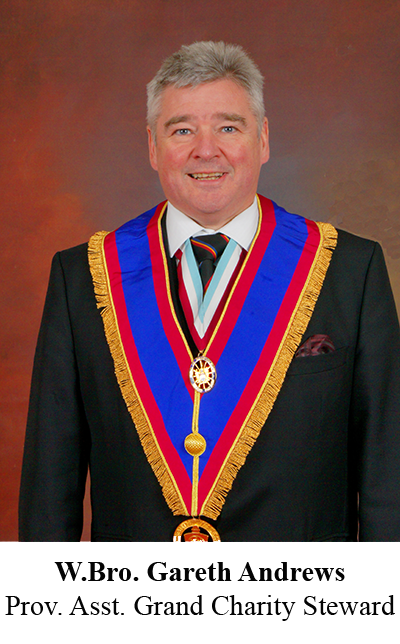 The Provincial Grand Master announced at the Meeting of Provincial Grand Lodge held on Wednesday 6th June 2012 that the Province of South Wales will celebrate our 150th Anniversary in 2020, although it would be foolish to speculate who will be the leaders amongst us at that time, he stated his wish that we should work towards marking the event in some significant way.

It will not be until 2033 that our Province will again be charged with the responsibility of hosting the Annual Mark Benevolent Fund Festival, the last occasion being in 2004. He therefore stated that he had decided that we should today; launch a 2020 Appeal in celebration of the 150th Anniversary within the Province, the proceeds of which will be credited to the South Wales Mark Benevolent Fund.

It is anticipated that this registered charity will be under more and more pressure in the years that lie ahead to offer assistance, swiftly, in true Mark fashion to those who need it most, and he thought that this would be an excellent way to lead up to our Sesqui-Centrenary Celebrations.

The Provincial Grand Master also stated that it was important that we should not allow this new innovation to have a detrimental effect on either the Provincial Grand Master's Discretionary Fund or our contributions to the Mark Benevolent Fund. He proposed a target of £150.000.00 which it is hoped can be achieved by the `Brethren of the Province if we complete a Standing Order for Two Pounds (£2.00) per month over eight years. It is hoped that this modest amount, would be affordable.. Some brethren may wish to make a quarterly, half yearly or annual contribution and this can be stated when completing the Standing Order Form. Brochure giving full details

As part of the activities of the 2020 Appeal, a 150 club has been formed. Full details are in this brochure

The Mark Benevolent Fund – MBF, a Registered Charity (207610), came into existence in 1868 on the suggestion of the Most Worshipful Grand Master, the Reverend George Raymond Portal, (in 1881 Canon Portal) who served in that Office for four years. His views on charity were far more progressive and radical than the general thinking of the times. He was greatly influenced by his passionate embrace of that fundamental virtue to which his attention had been directed in the Craft Initiation Ceremony.

He believed it necessary for the Mark Degree to have its own Benevolent Fund because he was certain that if charity was to be effective it had to be dispensed swiftly, and without the bureaucratic formalities from which the other Masonic charities appeared to suffer. It was an anathema to him for there to be any delay in providing assistance to those in need and the Grand Master’s own Latin motto, “Bis dat qui cito dat” – he gives twice who gives promptly – became the principal guideline of the Fund of Benevolence.

Today, the MBF administers to Mark Master Masons and their dependents in need by means of grants, subject to the provisions of Rules 165-167 and Annex B of the 2012 Constitutions and Regulations. Petitions for relief are received from Lodge Almoners and Visiting Brethren via their Provincial/District Grand Almoners or Secretaries, the MBF Petitions Committee sits on a near monthly basis to consider cases and relief is almost immediate upon approval.

The income to the MBF is principally from individual and Lodge contributions towards Life Subscriber, Life Governor, Vice Patron, Patron, Grand Patron and Grand Patron Gold Award of the Fund.

If you wish to make a donation to the Mark Benevolent Fund the forms are available: To set up a Standing Order or To make a One-Off payment